No, A 'Dog Year' Isn't Equivalent To 7 Human Years 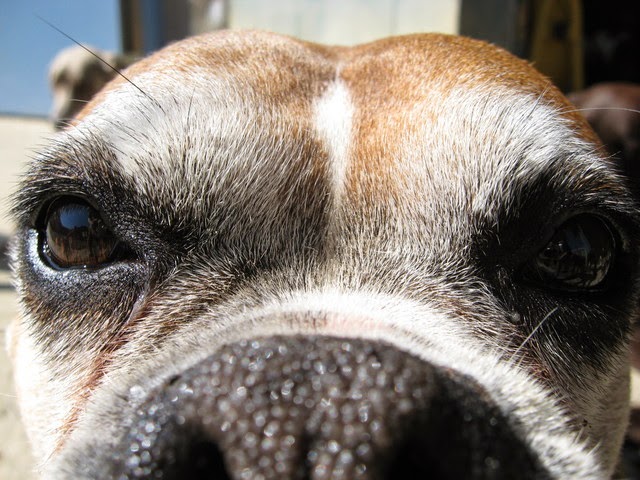 Dogs age at different rates compared to humans, but the simple rule of 7 dog years to 1 human year is far from accurate. If humans aged seven times slower than dogs, then many of us would be able to reproduce at age 7 and live to be 150. Obviously, that's not the case.

The reason that dogs can reach full sexual maturity after only a year is that our canine friends age faster during the first two years of their lives than humans do. Even this general statement is slightly off since smaller breeds tend to mature faster than larger breeds.

Compared to humans, dogs age more quickly at the beginning of their lives and slower toward the end. Therefore, calculating your dog's age relative to yours is a bit tricky, but luckily it's possible.

Since smaller breeds tend to live longer than larger breeds, it's important to calculate your dog's age, according to the right category: small (20 pounds or less), medium (21-50 pounds), large (51-90 pounds), or giant (over 90 pounds).


Although the origins of the seven-year myth is unknown, people have been trying to find a good way to calculate dog years in human years since the 1200s. One of the earliest examples of this is an inscription at Westminster Abbey that dates to the year 1268 and calculates that one human year is equivalent to nine dog years, which was part of some strange way to calculate the end of the world in the 1200s. 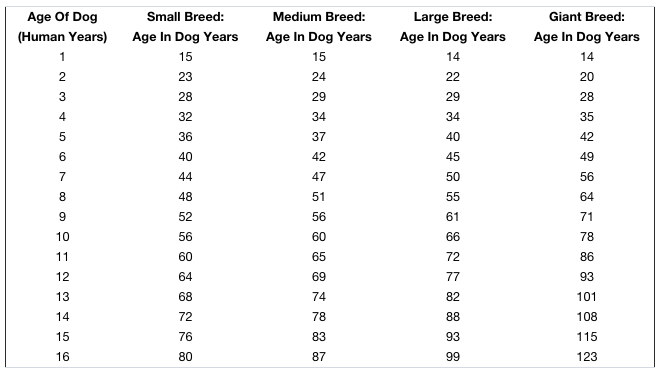 The seven-year rule is thought to much more recent. A veterinarian at Kansas State University told The Wall Street Journal: "My guess is it was a marketing ploy. It was a way to encourage owners to bring in their pets at least once a year."

We originally learned about the information in this post through an article in Pricenomics.