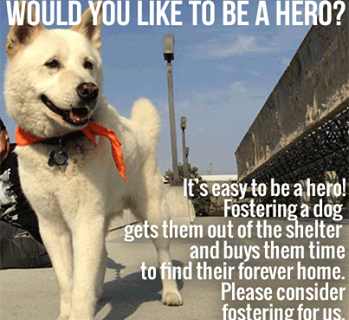 Whether you go to the local shelter or a rescue organization, there are many dogs to choose from. Big, small and everything in between, between 20-30% of the dogs you will find here are actual pedigreed breeds. There is bound to be a dog with the personality to match your lifestyle.


Fixed and Ready to Go

Any county-run shelter or certified rescue group will have given all of the necessary shots to the dog as well as spayed or neutered it. Some shelters will have your dog microchipped and treated for fleas, as well. Normally these are all additional fees on top of the fee to purchase the puppy if you were to buy from a private party or breeder.

Anyone that has ever gotten a new puppy knows that you are in for some sleepless nights. The new puppy, away from its litter is extremely lonely, and it shows this by howling all throughout the night. It has no idea where an appropriate place to do its business is, and it likes to chew on everything. A grown dog has already gone through the trials of puppyhood, and gotten a lot of its mischief out of its system.

You don't have to take the time to train them and discipline them because many times they've already been through it in their foster care, or at their previous household. If they have not been trained in certain ways, then the amount that they take to pick things up is greatly reduced due to the socialization that they go through.

Many of these dogs have had a less than stellar life, ending up in shelters or rescue groups due to neglect or worse. A dog with a poor start in their life experience is more eager to be a part of a loving household and will be more apt to bond with its new-found owner, much more quickly than a puppy.

With a puppy, there is always somewhat of a mystery as to how they will age into a grown dog. Many are surprised at how large they can get, others by how they appear as a puppy compared to how they look as an adult. With a rescue, you already know what your dog's personality is, right off the bat.


Not Supporting a "Puppy Mill"

When you adopt from a shelter or rescue organization, you support an effort to put puppy mills out of business. A puppy mill is a strictly for profit, inhumane breeder that have their dogs in deplorable conditions in small cages. They breed pedigrees that are genetically defective and unhealthy. 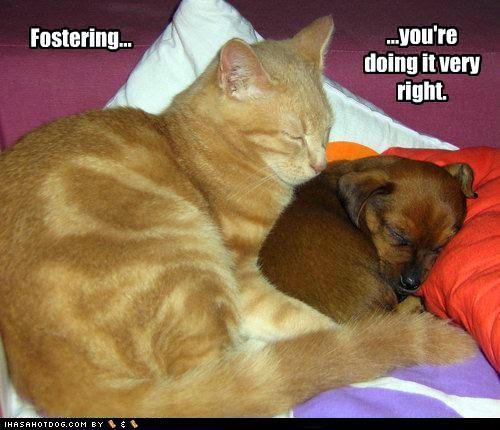 
Adopting a rescue dog is also a great opportunity to teach any children that you may have in your life about the importance of getting a second chance. Being compassionate towards an animal that didn't have a great start in life is a great life lesson to learn.

Many of the shelters just don't have the capacity to let their animals live out their lives within their care. After a set amount of time, these shelters will put their animals on what some call the "Red List," which means that they have a short time left before they must euthanize them. Rescuing a dog saves two lives--the dog you rescued and the dog that can take your dog's spot at the shelter.

Knowing that you have done a good thing by supporting adoption is excellent in itself, but your new dog will also have an effect on your physical, emotional and psychological health. Your new furry friend will undoubtedly improve your mood.

Posted by Rock City Rescue at 5:55 PM No comments:

Why Crate Training is NOT Cruel 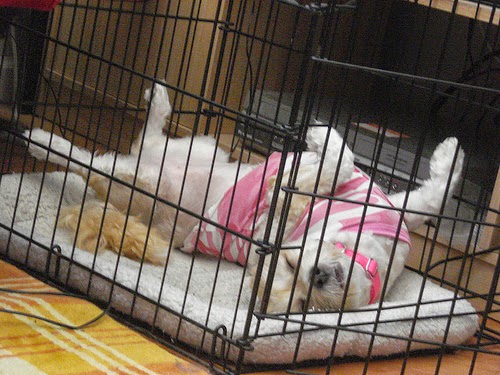 Crate training is in our opinion one of the best things you can do for your dog and your peace of mind. It gives them and you a safe option if there is stress or too much activity in your household. Start early and at bedtime every night. They will thank you for it and so will your bed partner!

"For thousands of years dogs have sought out small, enclosed spaces for shelter and security. These dens have functioned as dog safehouses for the newborn and ailing, as well as resting places for the weary.

With the den boasting so many advantages, why do we humans debate the idea of putting a dog in one? Whatever the reasons, our dogs—if they could—would surely beg for a crate of their own. If you’re one of those people who are still on the fence about whether or not to crate your dog, here’s what you should know.

For the young dog
For puppies, the crate functions as a sort of babysitter when you can’t be there to monitor unsafe or undesirable behavior.

For the traveling dog
For the dog who travels often with his family, the crate can be a constant and familiar haven, from car to weekend retreat—a place to feel secure when the world around him changes.

For the rescued dog
To the rehomed dog, a crate is sometimes the only consistent environment he has ever had. A crate gives this dog time to safely adjust to new surroundings, as well as the luxury of not having to fight for his own space in new territory. It can ease the transition from one family to another."

HOWEVER, a crate will NOT teach a puppy to "hold it." Puppies' bladders aren't fully developed until they are 4 to 6 months old, so trying to force them to learn something that they are incapable of learning can backfire. Crate training for long periods of time can cause separation anxiety, depression, and/or hyperactivity.


So, we recommend using a crate or kennel with a new dog for at least the first few weeks until they get comfortable with their new home and slowly allowing them to be out of the crate for longer periods of time. Some dogs will prefer the crate to being left out and some will prefer to be left out in the house. If you have a new puppy, we recommend a puppy play pen or gating off a puppy in a room with easy to clean floors, since puppies are incapable of holding their bladders for too long.

Posted by Rock City Rescue at 12:04 PM No comments: